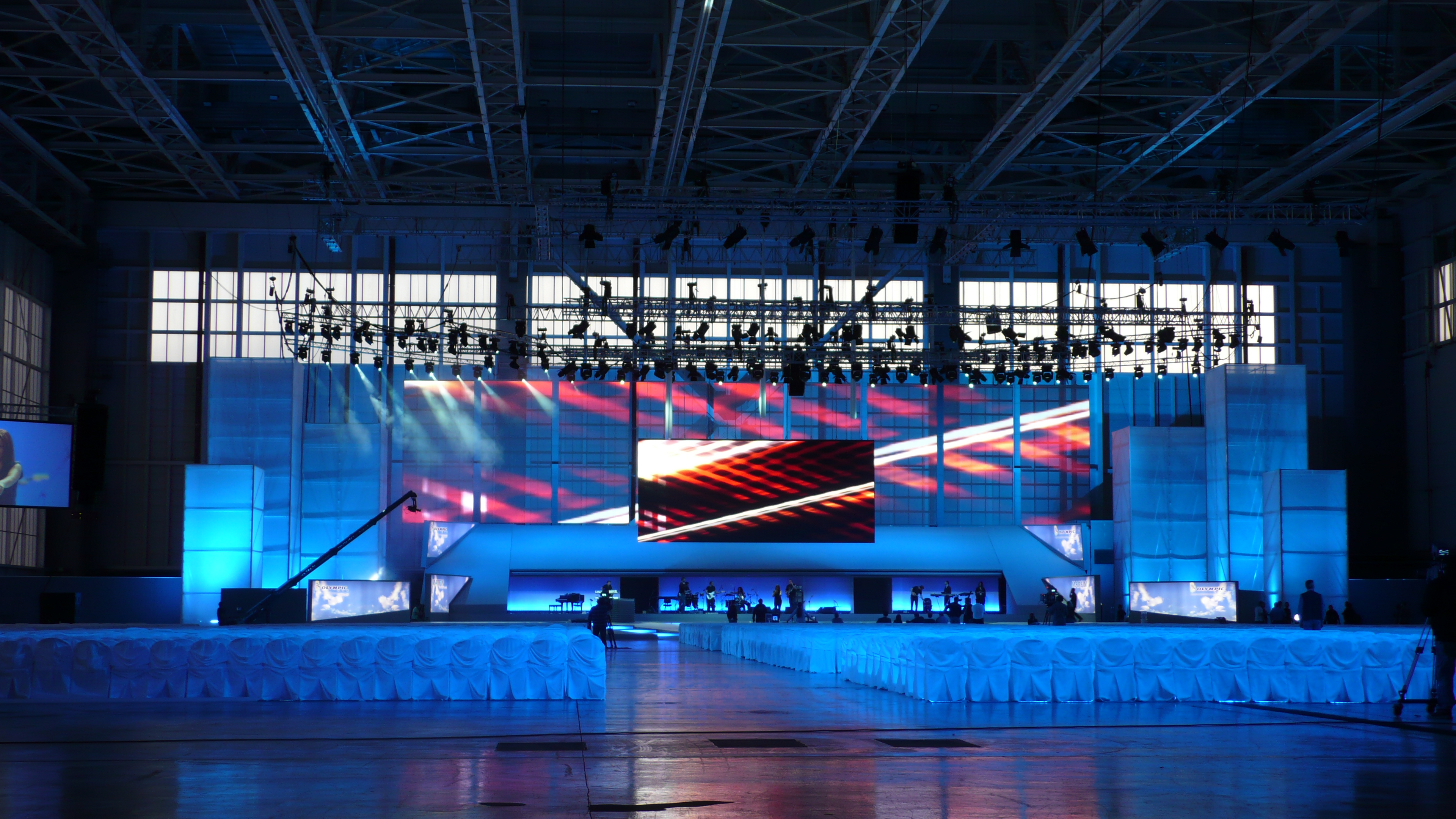 With one of the most impressive ceremonies that have been made in Greece to Olympic Airways was renamed Olympic Air. Approximately 6,500 guests from the political and business world intellectuals and the artistic world attended the specially designed and scenography designed space, the Technical Basis International Airport Eleftherios Venizelos. The inspirational backdrop reminiscent wing aircraft in conjunction with a number of impressive performances managed to cripple the attendees leaving them a wonderful feeling.

Installation of a 280 square meter LED video wall INSPIRE as a media core of the stage. The overall scene was composed of nine image strips - were flown on rig mounted - each with a small gap therebetween. Before the LED Strip, a nearly 70 square meters large, high-resolution 6 mm LED was suspended centered that the INSPIRE LED synchronously reproduced image content. 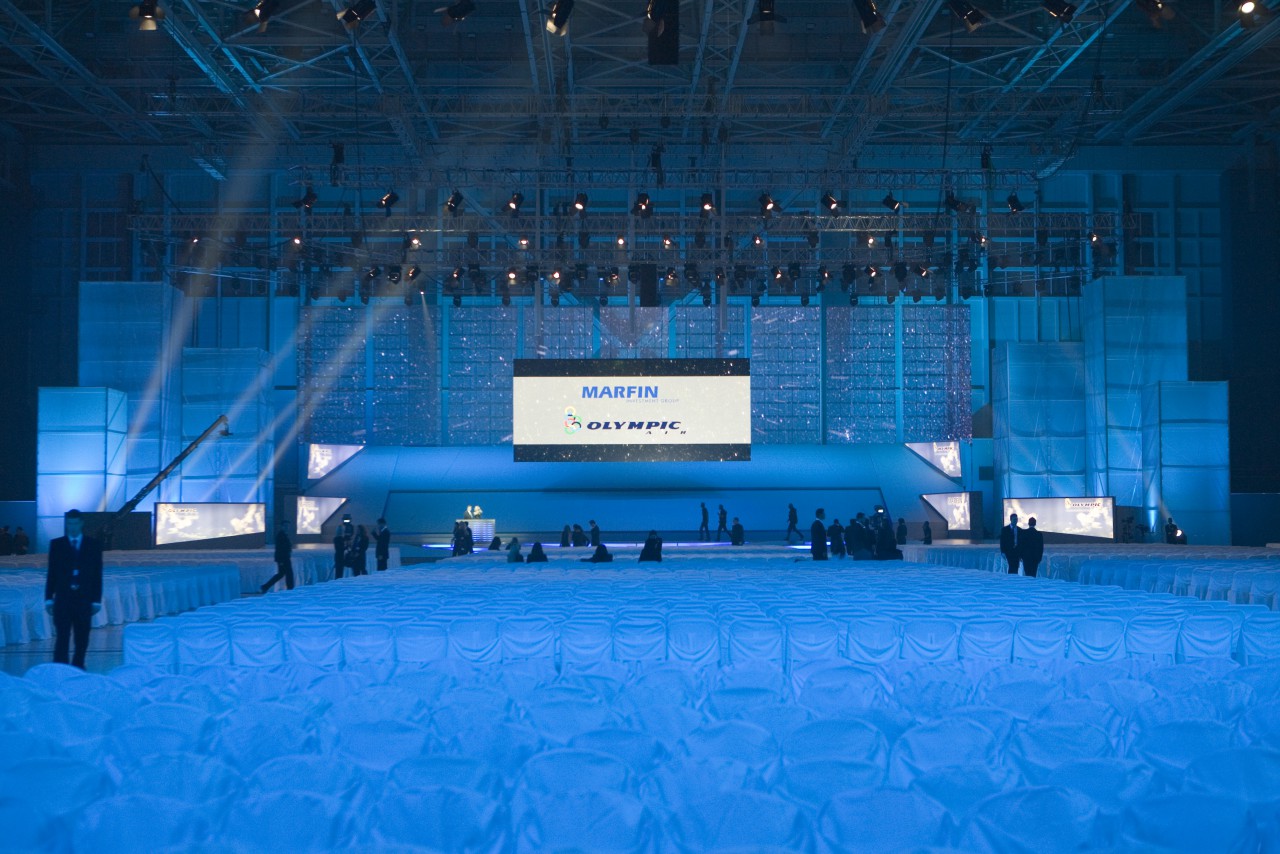 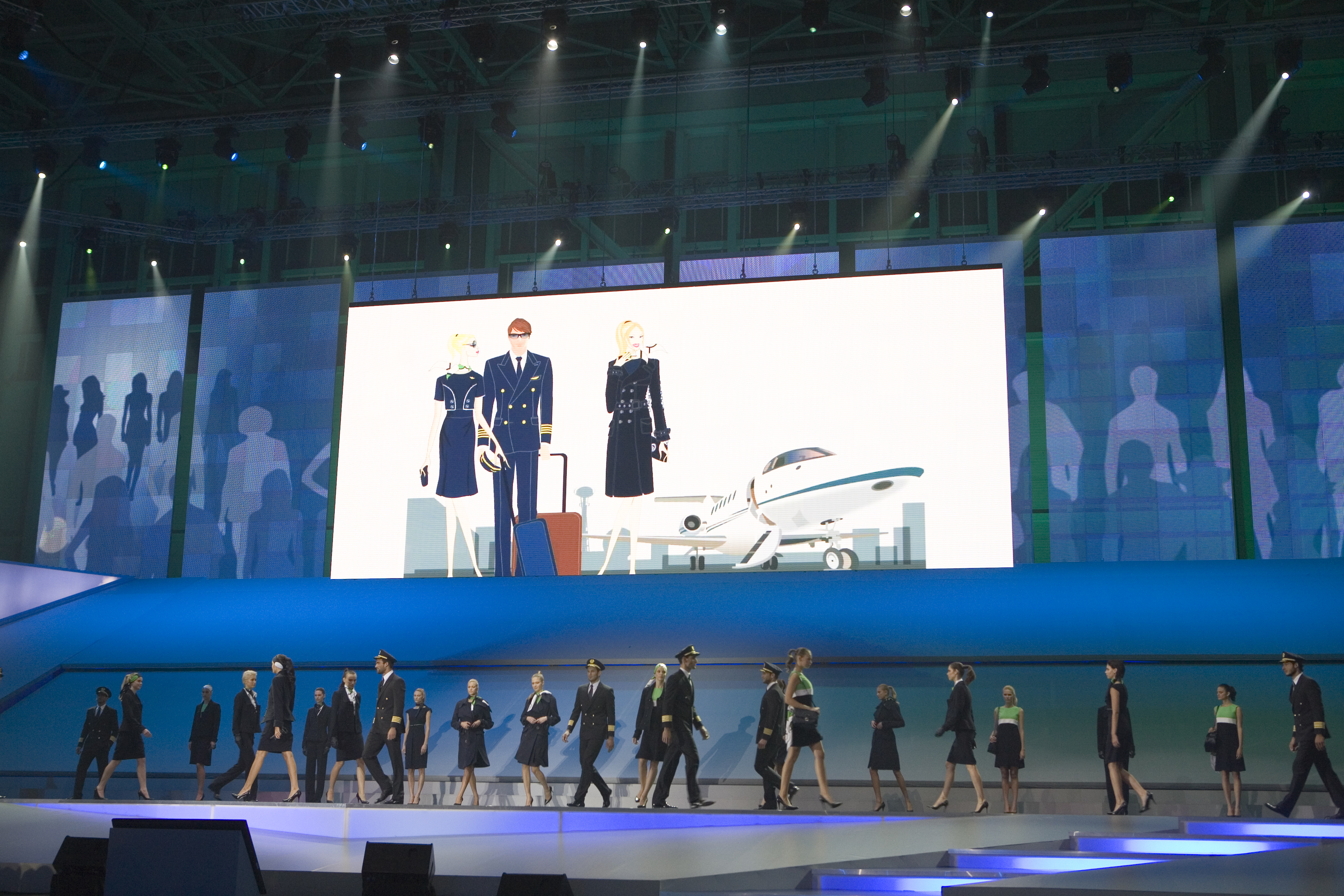 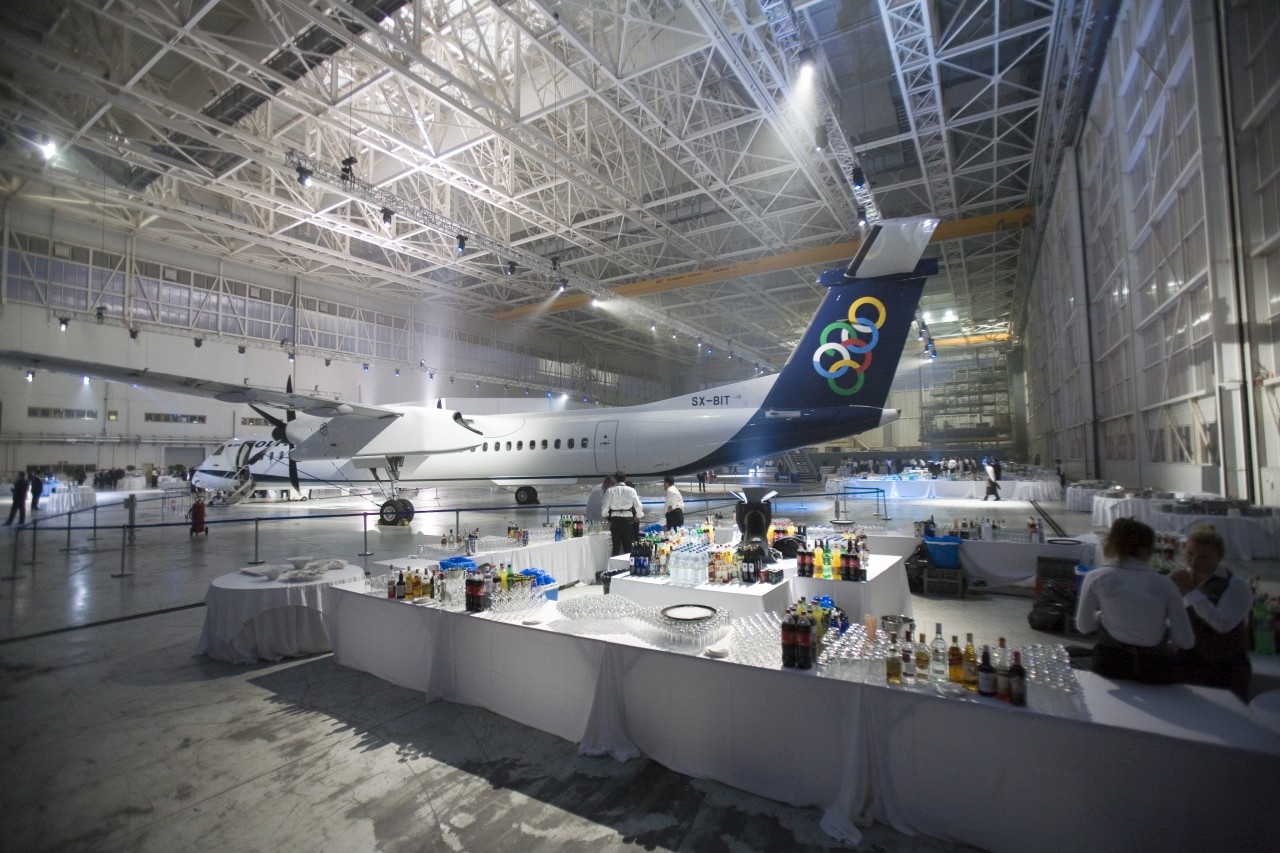